Last week, I was close to being mental burn-out as the hope of landing a stable nine-to -five job has been enmeshed in political bottelenecks and apathy. I thought obtaining the job was a done deal ,with the staff already congratulating me about the job. Now, all I get is a web of lies,delays and outright silence.

I consoled myself with instances of the intellectual and emotional growth I have made and the time it afforded me to be with my kids. I reminded myself how far I had come.Yet, I am still angry at the quagmire of uncertainty I am surrounded with. To think,some principals are hotfooting about a job because of sheer apathy makes my blood boil.

Remembering that wallowing in anger would just rot my insides out, I have decided not to give up on life and continue seeing the larger picture. I have continued with reading up a Probability and Stastistic textbook (I am currently reading about base rates,Bayes’ theorem). I am using an offline version of this http://onlinestatbook.com/2/ and to cement my understanding of Bayes’ theorem,I used this life-saving resource https://www.mathsisfun.com/data/bayes-theorem.html

I would be writing a post about Bayes theorem , conditional probabilities on another blog TECHINOOBIE.It is my technology related blog.

This week,I intend to finish up a website, crank up my reading about the Flask framework and deploy the website to Heroku .I also intend to write that article up there

It is good to be patient.However, you can’t wait for opportunities forever. You have to create the opportunities yourself. Look around you ,identify the service gaps around you and endeavour to fill it. Above all,learn,apply and repeat.

Welcome to another post on personality series! I am going to dive straight in with a story from a friend. This is a heart-warming account of how she has been living an emotionally whole life despite the circumstances.

My name is Bolanle. I am a software engineer by profession. I am also a mother of three energetic kids. My emotions have always been a driving force in my life. As a child, overcoming the loss and separation from a mother whose husband divorced because she was depressed took a toll on me. I had to trade in the soft warm feeling of being loved by a parent with the emotional abuse of a stepmom whose harsh ringing words went like this ” You shouldn’t have been born”, “You are a mistake”,” Why don’t you climb into bed with your dad” amongst other litanies of curses. However, she never cursed out her three precious sons.

I grew up feeling worthless and felt I was only someone because I was brilliant. I bottled up my feelings of anger, resentment, and despair within me using a snobbish facade to build walls around me. Yet, I did not harbor hate towards my stepmom, I loved her and wished she could love me back.
I would not talk about the physical abuse which is predominant in the country I come from. Beating, kicking, and slapping is regarded as forms of discipline here. So, let us move on.

In high school, I was the bookworm and earned several awards. However, I was socially awkward and did not have many friends. I became very sad from time to time and would isolate myself for long periods. People thought I was snobbish, they just could not read the signs.

I transformed into a social butterfly while at college, moving from one intense relationship to another. I did the dumping because I never wanted the boys to find out how scared, sad and lonely I was. I had a lot of friends, went to the best parties, drank like a fish, yet I had never felt more alone.
I graduated top of my class and went on to land a fantastic job. I managed to get married to a guy despite his ears being filled with rumors of my promiscuousness and emotional lability. He left months later after alternating bouts of rigid coldness and clinging behavior.

I started a few affairs to prove to myself I was still desirable but I moved on quickly because they failed to close the deficit I felt.
I was doing well at my job until I had an affair with a client who spread vicious rumors about me and the company let me go to avoid the expense of an investigation. Male co-workers did not help matters, some of who were my college mates gleefully recounted tales of my past behavior.

It took six years before I could touch another computer again; I hid behind being a mother and bingeing to soothe my emotional monsters before I took responsibility for my life. I consulted many therapists (some therapists are damaged souls especially in my country which celebrates incompetence) and found one who was capable of helping face up to the truth of my diagnosis of borderline personality disorder. I can identify the triggers, manage my anxiety and anger and use methods to calm or stimulate myself depending on my emotional state. I became more open and began to communicate better with my spouse and others.

Even though I now live in a remote part of the country, I have managed projects as an educational consultant and I owe this situation to mental health advocates who are currently trying to de-mystify and destigmatize emotional disorders.

If you can relate with my friend or know someone struggling with these issues, encourage the person to avail of himself/herself of a therapist. There are therapists online. If you are in Lagos, Nigeria these are the Suicide Research and Prevention Initiative( SURPIN ) numbers: 09080217555, 09034400009, 08111909909 and 07013811143 for more information about emotional health(they are not only there for suicide prevention, they can link you to services that will leave your emotional health in tip-top shape.).

END_OF_DOCUMENT_TOKEN_TO_BE_REPLACED

Good morning family of readers, l am excited to start this new series with because it has been a cause dear to my heart. Mental Health is not a joke, not a trifle as it can affect the quality of life a person has. Now let us get to the heart of the matter.

In Nigeria, the belief in supernatural forces, which have the power to change the life course of a person, is very pervasive. I know many Nigerians that are “code” (hide) their affluence because of the fear of witches or wizards (To digress, if these witches have that much power, then there is no need to hide as they can see us through their magic mirrors LOL. Please, people of the night, I mean no disrespect; it might just be that it would be tiresome using your powers all the time.) As a result of this belief, people attribute all their misfortunes to others, a wicked uncle or an old woman who will not let you rest. Here, deliverance sessions are held to cast off those spirits of ill-fortune.

In addition, the unwelcoming economic lassitude, lack of basic infrastructure, emerging winds of tribalism and regionalism and the fabric of basic human kindness torn in tatters, it is no surprise that majority of Nigerians view each other with suspicion and distrust.

Now, we do not want to get ahead of ourselves, there is a healthy dose of paranoia but when your sense of paranoia starts affecting domains of your life, name it, your work, relationships and health and these patterns have persisted for a long time ,then “bros and sisters”, we have a problem here. Let me shake this table some more,

– Are you always reading bad meaning to all the comments people make even if they are your loved ones?
– Are you always preoccupied with the belief that your spouse is cheating on you despite that you have no sufficient or shred of proof?
– Are you distrustful of all your workmates, always thinking they are out to get you?
– Do you get angry at the slightest criticism?
– Do you have a diary where you write all the injustices done to you?
– Do you believe that everyone is out there to exploit scam or harm you despite evidence to the contrary?
– Are you the parent that calls your children names and accuse them of wrongdoings you have not seen them commit or without proof?
– Do you believe that everyone is not deserving of your love as they are worthless and bad people?
– Have your beliefs of suspicion and distrust affected your relationships and life in general?
– Have you attacked people before because you felt they were destroying your reputation, yet no single proof?
– Have your family complained that they have tried to please and win your heart, yet you keep accusing them of being malevolent?

My dear people, if you answered yes to four or more of these questions, you are either “a person of the night” (who can divine the thoughts and intentions of others even before they act on it, please show us your divining calabash )

,God or simply needing the services of a therapist .

This would be continued next post. Please drop your comments and let me know what you think?

I am waiting  for a Job . However  what do I do in  the  meantime, I spend  time  looking  at  fashion blogs, creating design and reconnecting with  my music roots. If you  are in  a situation like mine, don’t  fret. You  should  use that  time to do what you always wanted to do.

You should assess  your skillset and match it to your fashion. For  example I am very creative but I don’t y have the time to sew  a garment  so I will rather  focus on the design process and collaborate  with a fashion illustrator. 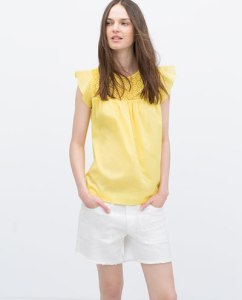 Yay! I am happy to be back! I promise to be regular with my posts from now on.

I have gone through the birthing process giving birth to a darling tot and with the sleep deprivation, constant changing of diapers and visits to the immunization center ,I would say that I gained some valuable life lessons along the way.

As a mom you need to make some sacrifices with your time,emotions and energy.By now  I am looking at various career options  namely fashion and medicine or even go to school to gain new skills. However making sure I have time for my child ,guiding her through her developmental milestones,helping her with language development is my highest priority.

So how do I navigate through family and career choices? I realize I am a human being ,then I delegate tasks to my significant other and other family members.If you don’t ask for help, you are not going to get it. I then draft a list of my goals and assigning priority numbers to them.Then I start to flesh out how I would realize my goals.

For example,I plan to find a job as a medical officer while still honing my taste in fashion  for about two years.Then I will start apply for an academic masters program in a medical specialty while setting up an online fashion store .So write those goals on paper with timelines and make a list of your support system. Support system is key to achieving your goals.

In my next post I would tell you how to create a support system if you do not have one. Have a wonderful day Ciao.

Women complain their partner is not their soulmate. Let go of the resentments and grudges.Why don’t you upgrade to a better improved version of yourself.Broaden your horizons.Help your mate and love him by giving.